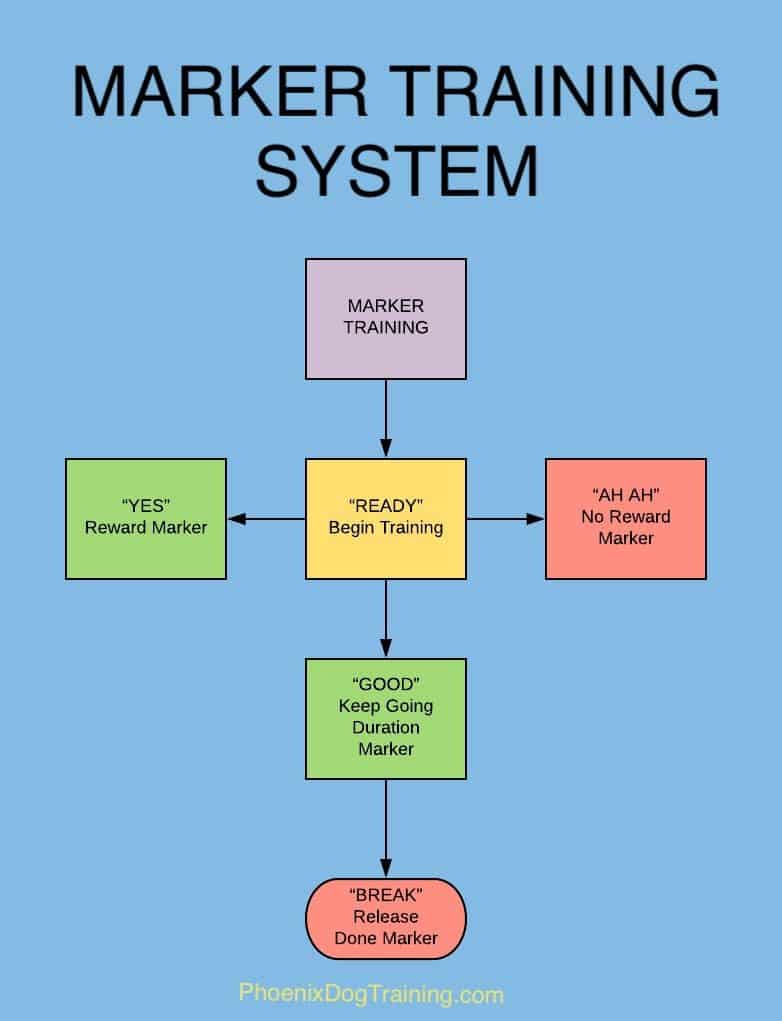 MARKER TRAINING IN DOG TRAINING: WHAT DOES IT MEAN? 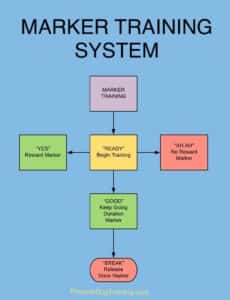 Phoenix Dog Training uses a Marker Training System with all of the clients we work with and all the dogs we help train.  Let me start by sharing the “markers” we use.

A “Marker” used in Dog Training as a System of Marker Training, is a way to communicate important information to the dog during training.  These “markers” or signals are very powerful when used correctly.

A “marker” can be auditory, visual, tactile, and can even be a smell.  Typically the two most common markers are the word “YES” or a “CLICKER.”  The other most common “marker” is “GOOD.” 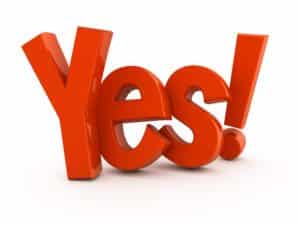 Start with a typical “Reward Marker,” such as “Yes.”  Initially the word “Yes” means nothing to a dog.  However if we say “Yes” and then immediately give a food reward after saying yes, and we do this many times such as 50 times in a row, “yes” give a treat, “yes” give a treat, and keep repeating this over and over, the dog starts to learn that the word “Yes” signals to the dog that it will be getting a treat or food reward. by pairing the word “yes” with a treat every time in quick succession, the dog will now understand that “yes” means treat.

Once the dog has been conditioned to the marker, (classical conditioning, or associative learning,) we can use the word “yes” to mark a desired behavior and that communicates to the dog immediately that the behavior gets a reward.

That is the science behind marker training, but it is really simple.  We condition the dog that “yes” means treat by pairing the word “yes” with a treat many times until the dog knows that when we say “yes” a treat is coming.  “Yes” becomes the reward marker.  we say “yes” to mark the correct behavior and signal to the dog that it gets a treat for that behavior.

The advantage to using markers in training dogs is that marker training improves the clarity of communication between the dog and the dog owner or trainer.  Marker Training allows those who are training their dog to have great timing.

Timing is extremely important in dog training. Marker Training gives you an advantage in timing.  In dog training you have about zero to a half a second to pair a reward with the dog’s behavior for the dog to “connect the dots,” or understand that the treat was given because of the behavior.

An example would be when perhaps we are teaching a dog to sit.  you have zero to a half a second to get the food reward in the dogs mouth once the dog sits.  Most Dog Owners and and many Dog Trainers are just not that fast.  If you don’t use a marker training system, you might be very late with the reward.  If you are late the dog will still like the reward, but the dog will have no idea that it was rewarded for the behavior it just did.  That’s right if you reward your dog two seconds after your dog sits, your dog will not associate the reward with the behavior.  TIMING IS EVERYTHING!

So far we have only been talking about a reward marker.  There are other markers we use in marker training when training dogs. Let’s look at some other markers that are typically used.

NO REWARD MARKER IN MARKER TRAINING 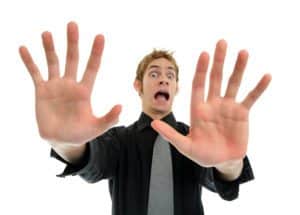 As with the Reward Marker “yes,” “Ah Ah” has no meaning or power until it is paired with or conditioned with something.  In this case it will be pared with the removal of a reward that the dog wants.  I condition the No Reward marker of “Ah Ah” by presenting food, and pull it away from the dog before the dog can get the food.  I say “Ah Ah” when pulling the food away. This also has to be done with great timing and with many repetitions in order for the dog to begin to understand that “Ah Ah” means it won’t get a reward, try again.  Once you have a conditioned No Reward Marker you can use this powerful marker to modify a dog’s behavior. 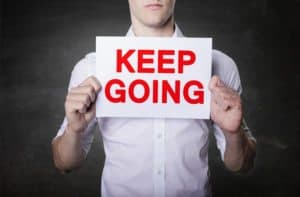 Another marker I use in marker training is the word or marker, “Good.”  just like “yes” the word “Good” has no meaning and no value at all until paired with a reward many times until the dog associates “good” with getting a treat.”

“Good” as a marker is used to signal or mark a behavior that we want the dog to keep doing.  The most used application for a Keep Going Marker in Marker Training is for duration of a “stay” command.  We say “Good” and give a treat to the dog who is maintaining a stay to reinforce that staying is what we want. 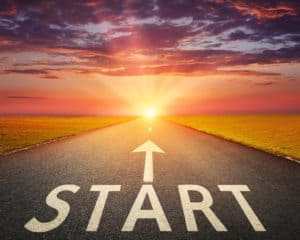 Some trainers like to signal or mark to the dog that training is beginning.  Many do this by always saying “Ready” and getting the dog’s eye contact each and every time they start training.  This can be a great and powerful marker to signal to the dog that now is time to begin working. 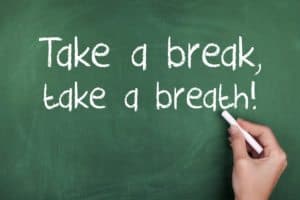 I like to signal to my dog when my dog is done training or done with a specific command or training exercise.  I use the stop training marker word of “Break” to signal or mark to my dog the end of training or exercise finished.

For example, let’s say my dog is on a Down Stay Command.  When I say “Break” my dog releases itself from the command and begins playtime.  Every time the dog is done, I say “Break” and I play with my dog.